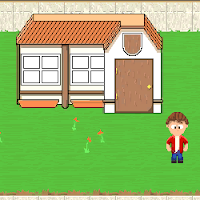 If you prefer to read the spanish version of this, click here.

This article is intended to give some context around “Me Caga Man”, so anyone who interacts with it knows why it is how it is and doesn’t get any wrong ideas about the Tochas Studios team. Having said that, let now proceed to give some details on why does it exists. TL;DR, it’s the result of a two days game jam.

“Me Caga Man” (in english it would be something like “I Hate Everything Man”, or at least thats the general idea) is the working title to the “game” developed during an in house, two days, game jam. I’m writing the word game with quote marks because the end result of the jam, according to the next definition of a game (which isn’t my favorite but in this case is very convenient), doesn’t qualify as a game. Lets understand a game as:

“… a closed formal system that subjectively represents a subset of reality.”
(What is a Game?, Chris Crawford, The Art of Computer Game Design, 1982.)

Being the closed set of rules the ones that make the “formal system”. So with that definition in mind,
Me Caga Man would be more like a sandbox or a demo.

We aimed to create an RPG where the player had to accomplish a set of missions that represented ordinary life. Things like: going to the grocery store, going to the barber shop, going to the work place, etc. The missions would be completed by only getting from one point to another. All in an open world scenario representing a small city.

Said meter would increase each time the player encounters something that’s against (everything different) his/hers previously selected traits. Once the angry-o-meter reaches its limit, the game would enter “Rage Mode”. In rage mode, the player would lose control of the avatar and would have to complete a mini game to lower the avatar rage. There wouldn’t exist any kind of power up during rage mode, we would only see how the game character would be out of control with his angry face. 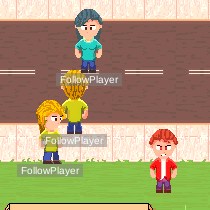 The mini game contained in the rage mode would be some sort of skill game. Some kind of time coordination game.

Once the rage mode gets beaten, the game would return to its “normal” state. The only drawbacks would be: the resulting character location might be somewhere inconvenient for the previously selected traits. And the angry-o-meter would fill more easily.

The game victory condition would be to complete 15 days (an arbitrary number) without entering “Eternal Rage Mode”, which would be the point when the angry-o-meter reaches its limit with every single event.

That was the general idea of the game.

After two days of development, the final result ended lacking a lot of those elements. But the experience allowed us, as a team and in the personal fields, to experiment and test our work methodology.

Here’s the link to “play” Me Caga Man. If you want to know more about us, here’s a little bio.